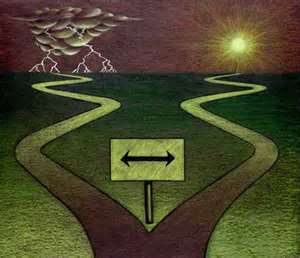 “There is a way that seems right to a man, and appears straight before him, but at the end of it is the way of death.” Proverbs 16:25 (AMP)

It’s easy to malign Judas.  After all, he betrayed Jesus to the high priests for what would (roughly) be about $42.97 in today’s money.

The Author of the Universe, sold for less than fifty bucks.

It’s no wonder there are no pretty stained glass windows with “St. Judas” in them.  Nobody is naming their kids “Judas” either – it would be as bad as naming them “Pontius Pilate,” or “Hitler” or “Stalin.”  The name Judas equates to evil and treachery because of the deed he committed.

But before I’m too critical of Judas, I need to listen to what Jesus said to the Pharisees and others who were itching to stone a woman caught in adultery:

“When they kept on questioning him, (Jesus) he straightened up and said to them, ‘Let anyone among you who is without sin be the first to throw a stone at her.’ And once again he bent down and wrote on the ground.” John 8:7-8 (NRSV)

If Jesus was naming names and deeds, perhaps He was saying something to the effect of, “Hey, Jack- I know what you did in Vegas,” or “Hey, Cindy, what about that money you embezzled from your employer,” or “I know every single sin you’ve committed since you first drew breath!”

If most of us were confronted with a frank and all-encompassing assessment of our sins, (known and unknown) we would be dropping the stones too.

As far as Judas goes, it’s hard to say what his motivation was in selling Jesus down the river for less than what a full tank of gasoline costs most people today.  Perhaps he feared the power of Rome, as the high priest and Pharisees did.  Maybe Judas disagreed with Jesus’ methods.  Or maybe his motive was more self-serving than that?  Perhaps he needed money to support a gambling addiction, or to satisfy a taste for fine wine.  Scripture doesn’t spell out Judas’ reasons, although it does tell us that Judas did occasionally pilfer a bit from the treasury box.

Maybe Judas thought that surrendering Jesus was the right thing to do, which is even more troubling.  Maybe it was poor judgment rather than malicious intent or a love of money that motivated Judas.

The sad thing about history is that it tends to repeat itself.

Millions of people thought following Hitler- and going along with mass genocide- was the “right thing to do.”

The only way that we can make good decisions and have good judgment is by submitting our heart and minds to God’s will.

I pray that the Holy Spirit would guide us when we have difficult decisions, and keep us on God’s path.

So What is a Lutheran Christian?

A Lutheran Christian is a Christian who believes that our salvation in Christ is:

By Christ Alone– Only Jesus saves humanity from the consequences of our sin.

By Faith Alone– We believe that Jesus saves us through faith in Him alone.

By Grace Alone– We are saved by the grace of God alone, by the power of the Holy Spirit. Nothing we can do can earn God’s love or His gift of salvation.

Scripture Alone (Sola Scriptura) –  We recognize that the Bible is the written Word of God that sets the norms and standards for Christian doctrine and living.